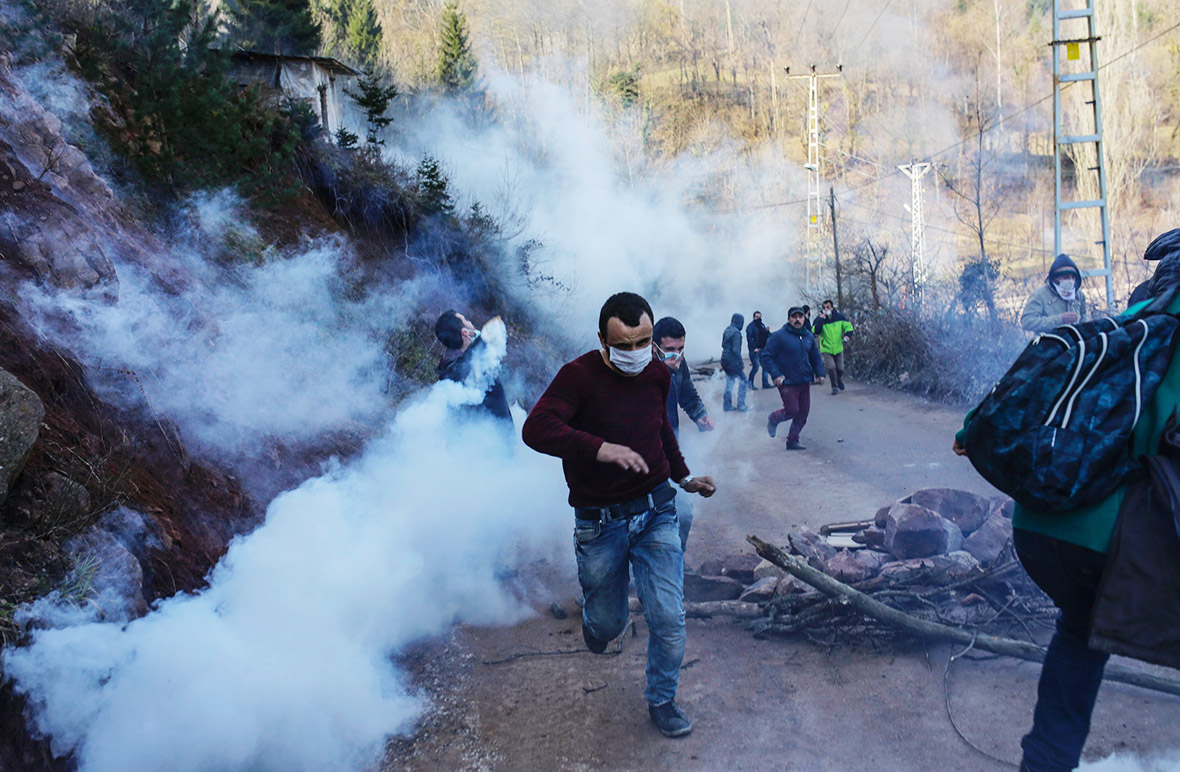 Quelle:http://www.ibtimes.co.uk/
Nearly 3,000 activists gathered to protest against Cengiz Holding Mining Company’s decision to cut down a forest to make way for a gold and copper ore mine in the Artvin area of northern Turkey. Security forces had begun closing off roads there on 15 February in preparation for the area to become a mine construction site.
Locals fear that the mine will damage the Artvin forest and reacted by building barricades on the roads, lying down along the tracks and blocking the gateways, while clashing with Turkish riot police. Some demonstrators used their cars to block the road towards the proposed site.

Trucks were later seen arriving in an attempt to tow away some 300 cars, with police using tear gas against the protesters who were hurling stones at them.